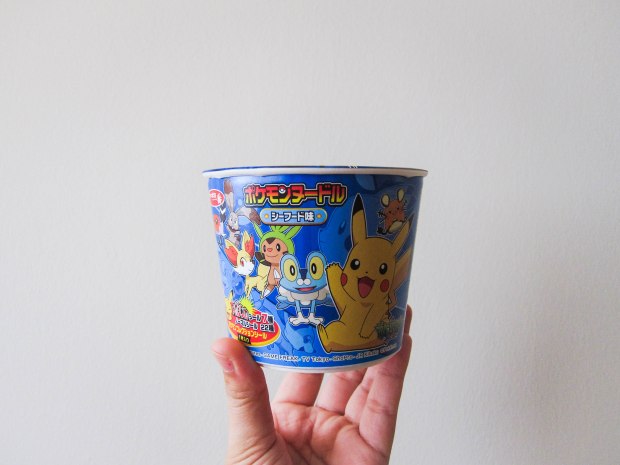 It’s no secret of mine that I’m absolutely obsessed with Pokémon, ever since those animated monsters hit my television screen some fourteen years back. With Pikachu and gang dominating the anime industry ever since, it’s no surprise that they would have their own instant cup noodles alongside their already massive line of games, shows and merchandise.

The concept of these instant noodles is no stranger to the otaku world, really – just replace the regular kamaboko (boiled fish paste) with prints of the character in question. But since I had never seen them before, I was pretty excited – gotta eat ‘em all, I guess! 😀

END_OF_DOCUMENT_TOKEN_TO_BE_REPLACED

[#chueondhobyghaut] @isshinmachi.sg may sound like a Japanese eatery, but don't be fooled - it's a Taiwanese eatery through and through, complete with authentic street fare and popular Mandopop beats playing in its premises! And with its third outlet opening at @grid.singapore, students from the neighbouring SMU and SOTA campuses can now dine on its affordable dishes.
#chueonbotanicgardens] Fancy a bite after trekking around The Botanic Gardens? There’s a new all-day eatery in town where you can try various upscale dishes at wallet-friendly prices. @clunyfoodcourt is Le Amis’ first venture into casual dining, where new-generation hawkers can whip up high-quality foods.
[#chueonoutrampark] With work picking up once more, it's important to be able to take care of yourself and make time for the little joys in life. Struck one more cafe off my ever-growing list of places to try while escaping to find some quiet time after a hectic week!
[#chueonchinatown] When it's Week 1 of 2022 and you already feel like you need to cool off with another vacation. 🥵
[#chueonbedok] Stumbled on @ishirosg's rice bowls while browsing food delivery options and I must say their goods are pretty decent! Upscaled, yet wallet-friendly Yoshinoya is how I would describe Ishiro's delicious bowls. I love the fried tempura bits and runny onsen egg which add crunch and richness to the ingredients. Here's what I tried:
[#chueonjalanbesar] Made full use of my last week off with late breakfasts anywhere that's not my house 🤤 Had to check out Sungei Road Laksa which sees snaking queues daily for its charcoal-fired laksa.
[#whatchueeating] To 2021's food and adventures!
[#chueondempsey] It's a macaron! It's a Google Chrome logo! It's a...tart?! 🤯
[#chueonorchard] Breakfast and eggs got a whole lot saucier! Finally paid a visit to @eggslutsg and I'm loving how unapologetically decadent everything is.