Keishi Ohtomo’s live action adaptation of Rurouni Kenshin‘s explosive Kyoto Arc has brought several Japanese actors *cough*Takeru Satoh*cough* to the international limelight and revitalised both the work of Nobuhiro Watsuki and the samurai movie genre. If you’re observant enough (or seen it at least five times over like me), you’d have noticed a couple of things in both films.

SPOILER ALERT! Read at your own risk:

The rest implied through smouldering glares.

Let’s just say that quick thinking’s not his strong suit.

But thank you, Munetaka Aoki for keeping us all entertained. 😀

To quote Mikael Angelo Francisco, how many villains did he actually kill with secondhand smoke instead of his sword?

12 – number of times Kenshin says ORO? (Edit: as another fan kindly pointed out, there is a string of Oro’s during Kenshin’s scuffle with Misao that aren’t particularly audible amidst the noise, so those instances where the “Oro” is explicitly said are counted in this list)

Call it a modern take on the Hiten Mitsurugi Ryu 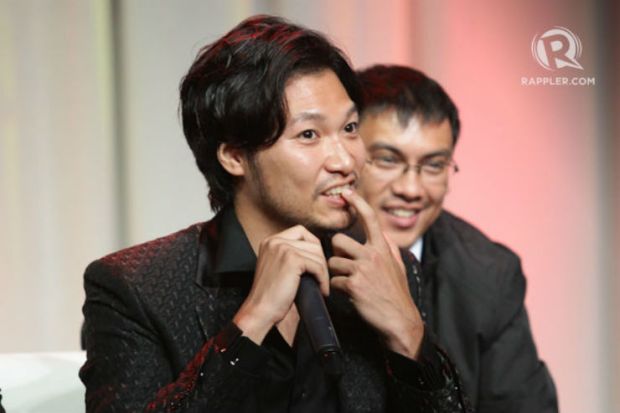 Because dozens of policemen falling over in perfect coordination is so much cooler than adding in digital entities.

That’s all for now; I may have made a few mistakes (multi-tasking between counting and fangirling over Ohtomo’s cast is hard 😛 ) but if you spot anything different or have more to add, feel free to comment below de gozaru! 😉

[#wherechuegoing] It's the most wonderful time of the year. ✨🎄
[#chuefromhome] Nothing like a DIY snack platter to power me through this weekend's events and livestreams! 🤤🧀🍪
[#chuefromhome] $5 off these plump, pungent MSW durians which were the best thing to happen this long weekend! 😍 Code at the bottom of this post.
[#chuefromhome] Me: I HATE TOMATOES. Also me:
[#chueonbugis] As an avid foodie and gamer, I must say it was the drool-worthy food that caught my eye the first time I played Genshin Impact, not the husbandos. 😬 Still, pretty stoked to have scored a table at HoYoFEST which happened last week!
[#chueondakota] Bak chor mee is one of those quintessentially Singaporean things that is hard not to love, yet is not easy to nail either. Thankfully for our local food heritage, new contenders like @mincedpork.bros are rising to the challenge of preserving one of our favourite supper dishes, albeit with a few modern twists.
[#chuefromhome] Launched three months ago, @crabnburger plugs the gap in Singapore's burger scene where meat-based goods are aplenty, but options for seafood lovers and far and few between. Tuck into mouthwatering crab-based burgers and snacks of hearty proportions and extra sinful flavours!
[#chueonchinatown] Third time lucky. 😋🍴🍝
[#chueoncityhall] I'm a sucker for cakes and snacks that come in cute packages, so when @okashigaku's cake-in-a-can first went viral on Japanese social media, I immediately added it to my bucket list for my next (if ever) trip. Fortunately, trying these cakes will be a reality in Singapore come 16 Sept, when its first overseas vending machine opens at @sunteccity!