Anyone who’s ever tried ordering a pizza would know that the number one pain behind it is deciding what flavour to get. It’s hard to imagine one of the world’s favourite fast food having a downside (aside from an obscene amount of calories), but there you go: like Team Edward and Team Jacob, or Donald Trump and Russell Brand, there is just no way of uniting the culinary world over a one-flavour-satisfies-all-cravings mindset.

Thankfully, with its Half and Half Pizza, the good people at Domino’s has made it possible for you to enjoy two toppings on a single crust! And – get this – no surcharge whatsoever if you choose to have it that way! Because why should anyone be made to pay extra for wanting to experiment with over 300 possible combinations on a pizza crust, amirite? 😀 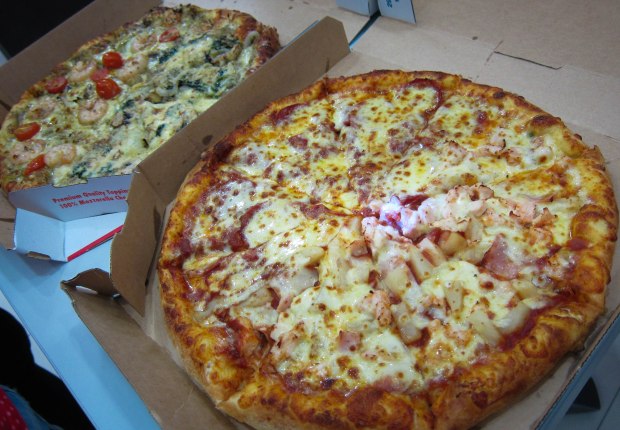 $22 for 2 Small Pizzas, $33 for 2 Large pizzas and $44 for 2 Xtra Large Pizzas, with an additional Double Delights that pairs your favourite sides, desserts and beverages – it doesn’t get any better than this. Here’s a peek of what a Half and Half more or less looks like: 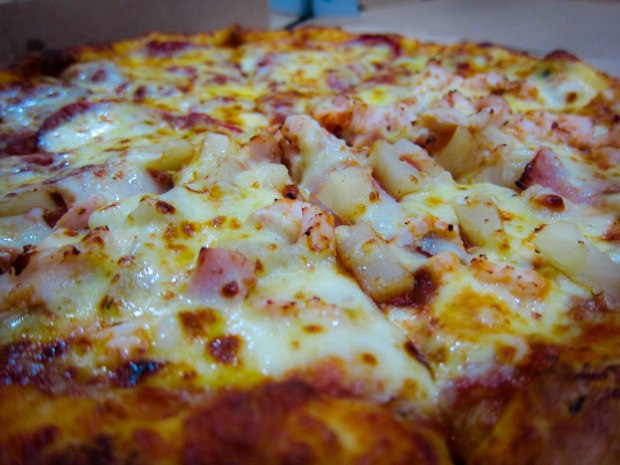 Craving for a lil surf and turf? Then chicken and prawn it is. How about if one of you has a dying urge to fulfil your dietary obligations of eating more greens, but the rest of you just feels like meat and more meat? Not a problem at all: say goodbye to arguing over the menu or *shudder* while the delivery personnel is awaiting on the other end of the line.

There is a catch, though: only one type of sauce and crust for each pizza. But with the chance of enjoying two flavours at one go, I highly doubt that most of you would mind. 😉

And speaking of doubles, there’s also the Double Delights, which comes in 5 combinations:

Crusts and sauces available remain the same, which you can check out here. 😉

There were no new flavours introduced this time, so most of us were ready to dig in to platefuls of pizza and side dishes. In the spirit of their new 4 flavours on 2 pizzas promo, or “Fourplay” as it was so named on their Facebook page, Domino’s and their new marketing partner, The Influencer Network, had us split in pairs of threes to dream up our Half and Half flavour with as whacky a story we could think of (what’s a lil bloggers’ gathering without some ice breakers?). 😛

Here’s Team CaVaMel’s comic about how Basilico Chicken went fishing with a Pesto Leaf Stalk (named after the Pesto Passion Sauce which we were given) and caught Sicilian Prawn: 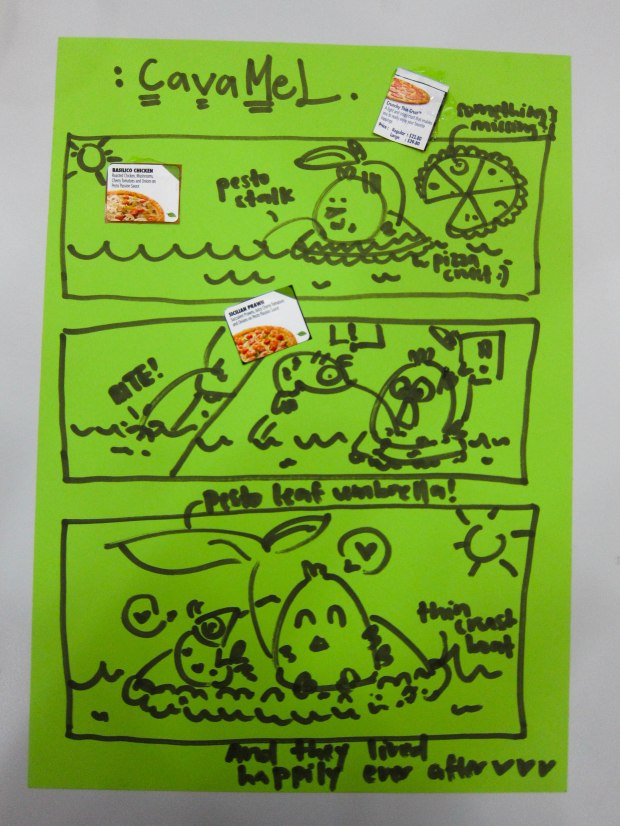 I think we were one of the few groups to draw a comic and everyone thought I was an animator by day. 😛 We didn’t win, but I was most entertained by another pair’s story about super spies getting together on a mission. 😛

As with all pizza parties, much food made its rounds around the table and we were all stuffed (though one blogger claimed there’s always room in the stomach for dessert!).

I remember being underwhelmed during my previous tasting with Domino’s, so I was pleasantly surprised to find that their pizzas had improved quite a bit. Prawns were not as dry as before and yielded a slightly succulent crunch, and the mushroom and chicken combination was similarly more palatable. My favourite was the Cheesy Crust that was not overly bready but yielded a soft yet hearty bite. 😀

Oh, and not forgetting their signature Chocolate Lava Cake! Even if you are on the brim of bursting, you absolutely have got to make room for it. You will not regret it. 😉

With boisterous laughter all around (thanks to an especially hyper blogger that kept everyone entertained with his hilarious antics) and rapid uploading and following on Instagram among us, we ended the night on a high (and delicious) note. Kudos again to the good people at Domino’s and The Influencer Network for putting together a great event and tasting! 😉