I once joked that the only thing that could make me run faster would be a zombie hot on my heels.

Little did I know that I would be outrunning not one, not two, but an entire army of the undead, on the sandy beaches of Sentosa!

Branded as Singapore’s First Ever 5K Zombie Run, Race The Dead combines a grueling obstacle course with an even bigger, more menacing obstacle – the zombie, whose dreaded bite can turn you into a grey-skinned, sore-popping creature that goes “Gnnnnnarrrr” at the sight of human flesh.

Having a mild obsession for zombie movies like 28 Days Later and the like, but being too cowardly to give the ol’ horror themed mazes a try, Race The Dead became the next best thing – sort of a replacement agenda on the bucket list. 😉

You can’t tell here, but I’m actually cowering on the inside – and holding in a fart.

When the day to “race the dead” finally rolled around, I was as nervous as hell. Since our wave was on the second day, this meant ample time to get the scoop on what to expect. And by the looks of what showed up on my Instagram feeds, it sure as hell wasn’t pretty. Gore, screaming, and lotsa sprinting – certainly not your average 5K race!

The course was split into five “segments”, during which runners had to grapple with different obstacles ranging from a maze to leopard crawling, followed by a race against volunteers dressed as zombies to get to the next checkpoint. With red colour life tags hanging prominently from our belts, it made us runners even more enticing as prey.

The result? A craaaaazy mob of runners fighting for a chance to make it to the end in one piece!

As the race progressed, the obstacles got more and more difficult, with the “final boss” as a triangular structure which we had to climb over and slide down – and if you think that’s child’s play, try negotiating these monsters with a nagging fear of heights.

Here’s a hint: scream all the way down and you’ll be “rewarded” with a mouthful of dirty water that’s laced with sand and sweat; gross!

Props to the team who planned the obstacles; they were challenging enough to give the race an added kick, yet accessible to obstacle course newbies like myself. 😉 And what better way to get us runners hyped up before the big showdown with the zombies? 😛 Though that didn’t stop me from doing this: 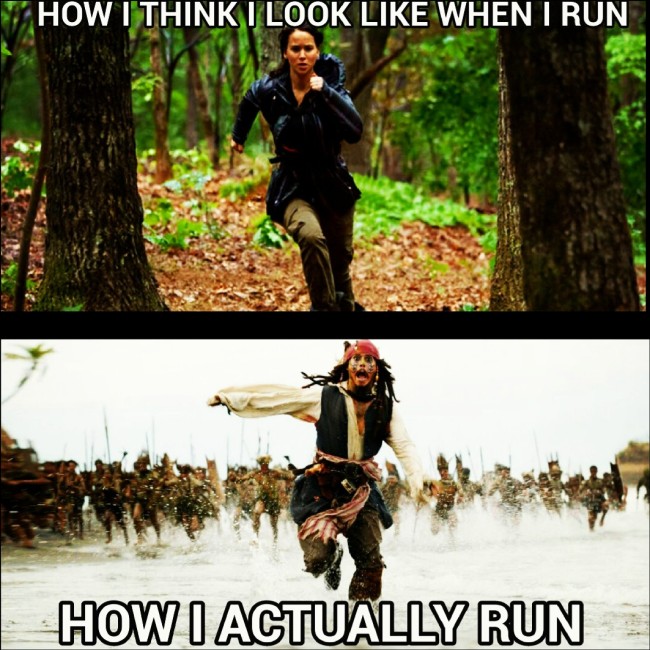 It would have been even more awesome if there was an actual story line to tie the whole race together; kind of like a re-enactment of The Walking Dead, so we would feel like we were in an actual post-apocalyptic, zombie-infested island!

Still, the team at Race The Dead did a swell job considering it was their first year! 😉

I’ve gotta hand it to the zombies, though. Standing for hours under the glaring sunlight with little more than an undying thirst for our life tags is no walk in the park. Many of them were real fast runners and I almost got run over by a couple of runners and zombies in a tussle! Not to mention that I lost a couple of life tags along the way.

Getting around the zombies takes a combination of speed and skill. You can sprint and twist your way past the world’s swiftest zombies (George A Romero would turn in his grave), or you can wait it out till the undead pick their target before making a quick escape around them.

Or, if you’re like me, you can do a whole bunch of random things to throw them zombies off with a dose of “what just happened?!”.  😛

Against all odds, I scraped through with just one life tag, enough to earn me an exclusive survivor’s shirt. But not before I had to leopard crawl through a muddy patch while being hurried along by these bad boys.

Because we were one of the last waves to experience this adrenaline-pumping, hair-raising race, the post-race carnival had more or less wrapped up, with a handful of runners staying back to catch the latest season of The Walking Dead.

Like its counterpart Run For Your Lives, Race The Dead presents a pretty interesting experience for zombie movie fanatics and obstacle course enthusiasts. Now that I’ve had my share of 5K runs for the year, I’m really pumped up to come back as a zombie, just for kicks. 😀 But for now, I’m just happy I made it through in one piece, and clean enough to take the train home 😛

Wanna see yourself in action? Check out RaceDayPic.com’s albums for Day One and Day Two!