While researching my trip to Osaka and Kyoto, I realised that there are many cities in the Kansai region within easy reach of my home base in Osaka – no thanks to Japan’s ultra connected and idiot proof transportation system.

Yes, while the train system looks hellishly complicated at first glance, it’s possible to hop from city to city with one eye closed (the other on your Hyperdia app, of course, but that’s a post for another day). 😉

And so I spent my first proper day in Japan feeding the famous – or infamous, depending on what you’ve heard – sika deer in Nara Park! 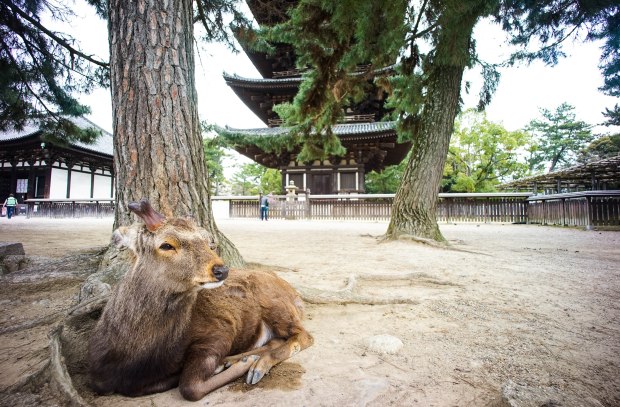 Legend has it that Takemikazuchi-no-mikoto, one of the four gods of the Kasuga Shrine, visited Mt. Mikasa on the back of a white deer. Since then, the deer has been regarded as divine and sacred beings by Kofuku-ji and Kasuga Shrine. While their divine status was officially removed after World War II, these deer still enjoy some VIP treatment by devotees and tourists alike, as you’ll see! 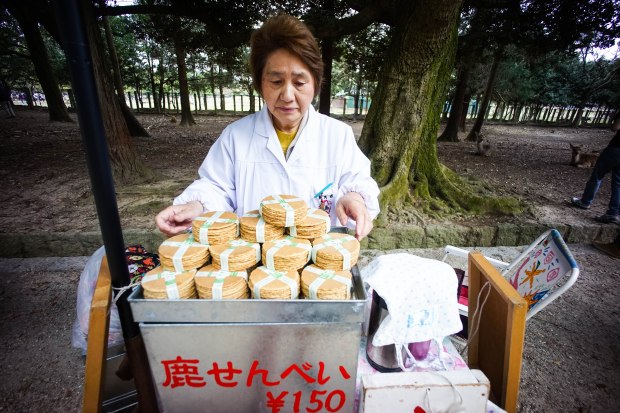 While their home is in the surrounding hills and forests, the sika deer often make their way to Nara Park, a sprawling 660 hectare space home to half a dozen of Japan’s UNESCO World Heritage sites.

There, you can feed them with deer crackers 鹿煎餅 (150¥ per pack) produced exclusively by the WNOW company. The sellers are typically middle aged ladies who must have developed an iron will and a knack for keeping ’em deer from gobbling all those crackers! 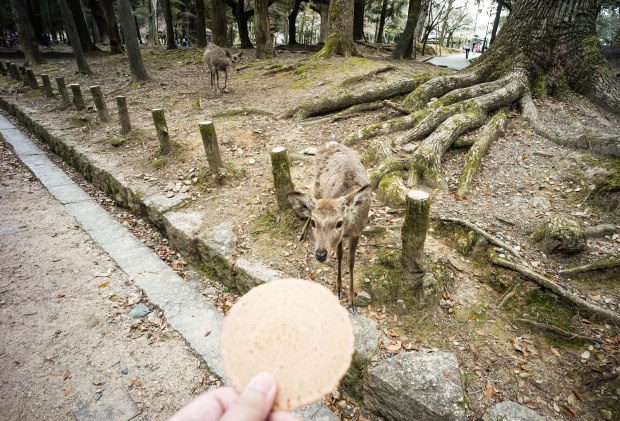 Much like the cat collecting game Neko Atsume, these deer will only cozy up to you if you have a cracker in hand – don’t even think of getting them to stand still for a picture otherwise!

They’re also trained to bow their heads a few times until you feed them. Who said etiquette is only for humans in Japan? 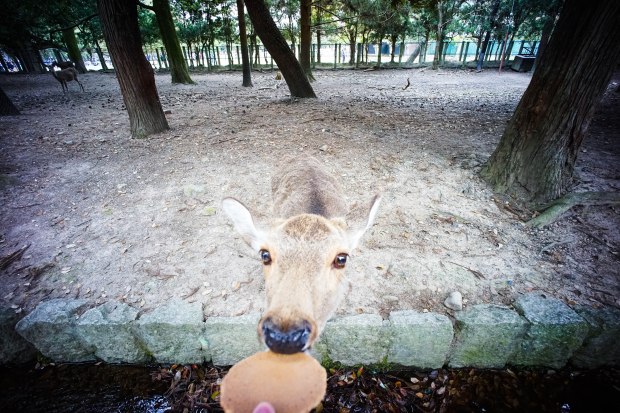 Don’t be fooled by their doe eyes, though – these messengers of the gods are far from the demure lil things in Bambi. They can get pretty rowdy just for a taste of their beloved crackers! Head-butting, slobbering and biting are not unheard of, and a few were even chasing after some terrified children around the park. One even stuck its snout in my bag! 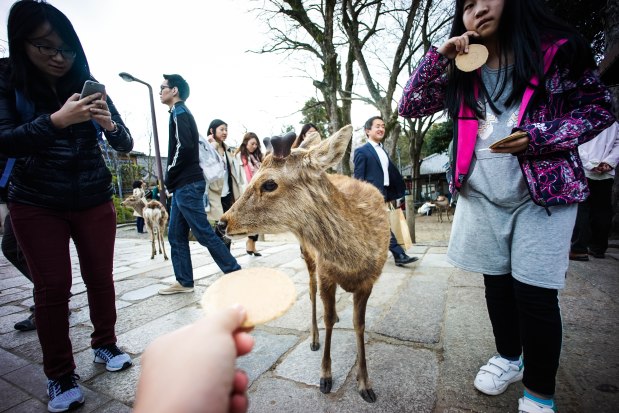 More of their shenanigans on this video by BBC:

The bucks’ antlers are cut during a ceremony in autumn, around the breeding season. Considering the amount of head butting that was going on, I say that’s a wise move.

More tips on how to enjoy feeding the sika deer!

While the deer can be a rowdy bunch, it doesn’t mean that you have to cave in to them all the time. They’ll normally get the hint and go after a different target if you keep calm and don’t run.

That said, it’d be a good idea to keep your belongings safe. Like I mentioned, one of the deer unceremoniously stuck its snout in my bag when it smelt some crumbs that fell in there. Luckily, I managed to wrestle it away before it got its legendary slobber all over my stuff.

3. Watch where you step!

What do animals do after they eat? They poop. A LOT. And it’s not like there’s a designated area for them to do their business, so unless you plan on scraping deer excrement off your shoes, look twice before you rush over for a photo opp.

4. Don’t feed them other things.

There’s a reason why these special crackers are sold. It might be tempting to lure the deer with your own bread and cakes, but that might mess up their diet and cause them to become more aggressive for the sake of “better” food.

5. What’s the best time to feed them?

There’s no definite answer for this, as these deer can really eat. But since they’re pretty much fed around the clock (thanks to the eager tourists), it’s safe to say that they would be close to full around evening time; some deer weren’t as enthusiastic when I tried to feed them again on the way out. 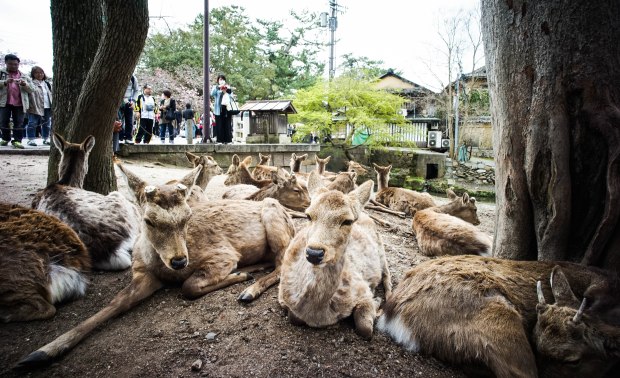 I’ll tell you more about the other sights and sounds in Nara Park in my next post, so stay tuned!

Read my other Kansai posts: