Anyone remembers buying the Blue Coral flavour from the very first generation of bubble tea shops in our childhood? Well, here to bring you on a nostalgia trip is Whale Tea 琉璃鯨, a Nanjing-based bubble tea chain with over 500 outlets in its native China. 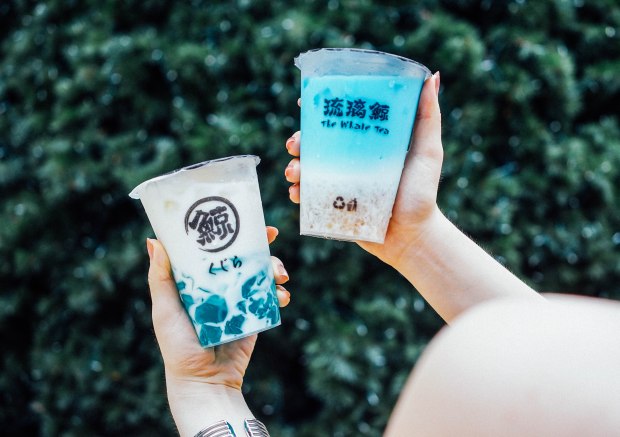 With two outlets at City Square Mall in Farrer Park and LOT ONE Shopper’s Mall in Choa Chu Kang, and a third one due to open in the CBD later this month, The Whale Tea is already making a splash among local customers. How many bubble tea openings has it been, Singapore?

Debate about whether we need more bubble tea stores aside, The Whale Tea’s main draw is clearly its blue-tinted drinks and desserts. On its menu are a variety of teas and desserts, namely:

The Electric Sea Salt Ice-Cream ($4.20) brings to mind the eclectic Signature Sea-Salt from Australian dessert brand, Aqua S. The ice-cream yields a slightly savoury aftertaste, with the pop rocks adding some interesting textures that stay on your tastebuds.

The Whale Tea’s Volcanic Collagen and Whale Crystal Tea Series are definitely the main crowd-drawers, with different concoctions beautifully layered for the ‘gram.

The Volcanic Sapphire Whale ($4.50) is fast gaining popularity for its striking layers of bright blue with white and amber.  If you’re wondering how those colours came about, you can thank The Whale Tea for its innovative use of spirulina, a blue-green algae superfood that is known for giving an extra boost of nutrients, on top of its unique blue tint. A refreshing drink that’s picture-worthy and has more nutrients? Sign me up!

The main source of flavour in the drink comes from the coconut milk, which itself is subtle and not overly milky. Combined with the amber jelly that lends the drink some bursts of sweetness, this is a really great drink to order if you want to indulge your boba tea cravings without the dreaded bloatedness from consuming too much milk. 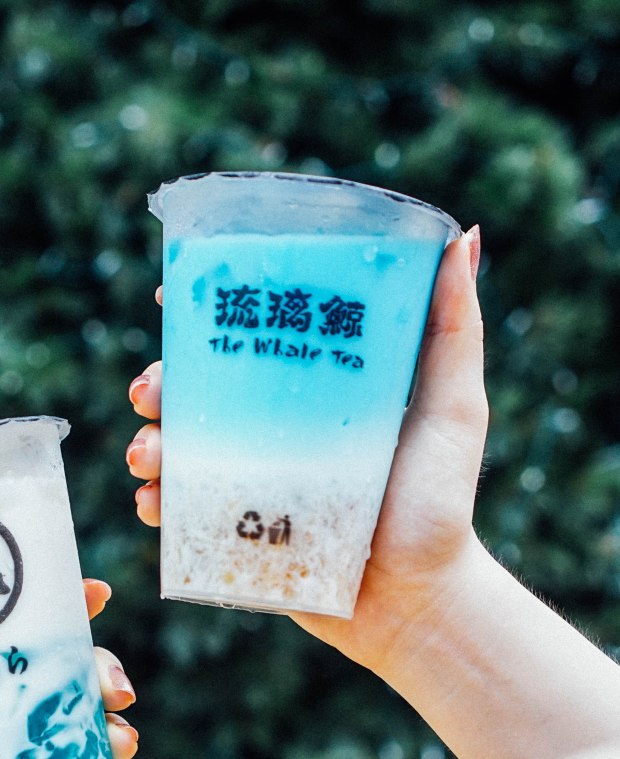 Comprising three flavours named after oceanic species, the Whale Crystal Series gets its name from the large chunks of blue or black aiyu jelly which are visible from afar. The aptly named Blue Whale ($3.80 – $4.50) is available with your choice of coconut milk, milk tea, and fresh milk. I recommend getting the fresh milk if you’re looking for something more subtle in flavour. 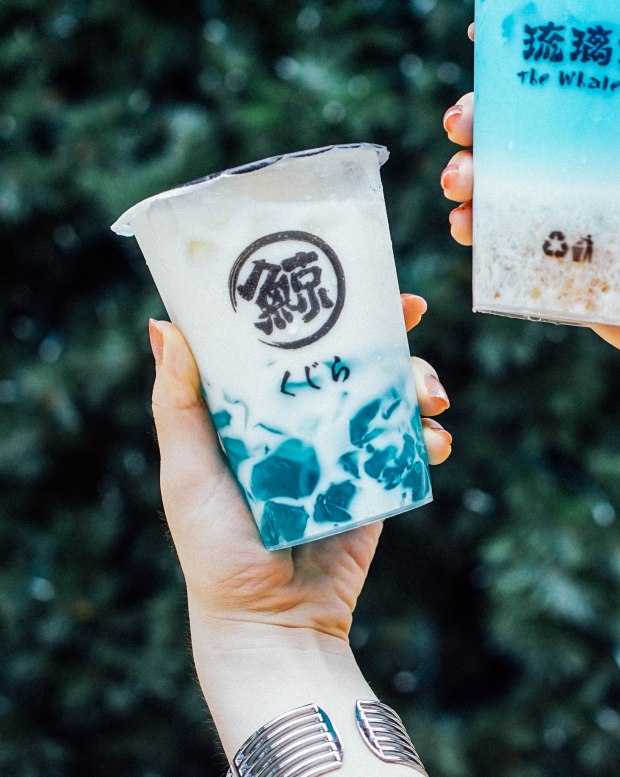